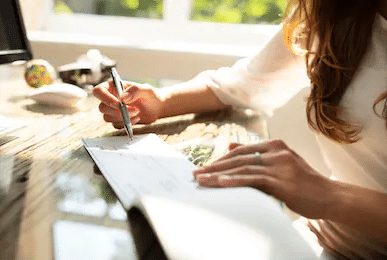 For many people the most irksome aspect of a divorce is the idea that they may have to pay spousal support -or what is often referred to as spousal maintenance or alimony -to their soon to be ex-spouse. Most people are very willing to pay child support for their children, and often people are quite willing to agree to a fair division of their assets, but many people don’t relish the idea of paying their spouse that large monthly spousal support payment. In life and in law, when it does not feel right it’s because it isn’t. It is a hard pill to swallow when considering the prospect of paying spousal support to someone who is quite capable of supporting themselves. Our Canadian society generally promotes the value that people should be financially accountable for themselves on the one hand, but on the other hand our society creates laws that promote financial dependency on others. Why is this? What can we do? I suggest that far too often people don’t take a sufficiently strong stand against an ex who wants to collect a large monthly maintenance cheque. If not handled properly, an alimony claim against the payor spouse may create a financial ball and chain that can be crippling. Over the years, I have noticed that the best defense is often a good offense. To start off, when spouses push their lawyers and the courts to look hard at the question of what income can be earned by the spouse who seeks a large alimony award, this can often substantially reduce the actual award to the recipient spouse or cause them to settle on reasonable terms. Being timid concerning this will not help. Stand up for yourself and your rights and handle this properly because it will help you. Require that your spouse come clean with their true ability to earn income and rightly expect them to work as hard as you do to make the process fair and equitable. Standing up for yourself means you need to look at the laws that will help you. As an example, the law says that if your spouse is intentionally underemployed or intentionally unemployed the court can impute such income to that spouse as is reasonable in the circumstances even if that spouse does not earn that income. In Canada, lawyers and judges use the Spousal Support Advisory Guidelines and often resort to them simply because people being asked to pay spousal support have not properly questioned their spouse’s entitlement to spousal support in the first place. If a spouse seeks spousal support against you they must first, before resorting to the Spousal Support Advisory Guidelines (usually resulting in large onerous payments), convince the court that there is entitlement to spousal maintenance. A mere disparity in the parties’ respective incomes is often insufficient in and of itself to establish entitlement to spousal support. Don’t give in to your spouse when you don’t have to; don’t pay what you don’t have to. If you bring to your divorce the perspective that a spouse who can support themselves should, and you ask the hard questions about entitlement to alimony that need to be asked, you can help take some -or even all- of the sting out of the financial hurt often caused by an award of spousal maintenance not properly handled. Originally published 09/13/2012 by Aaron Lessing