Are You Booting Me Out? 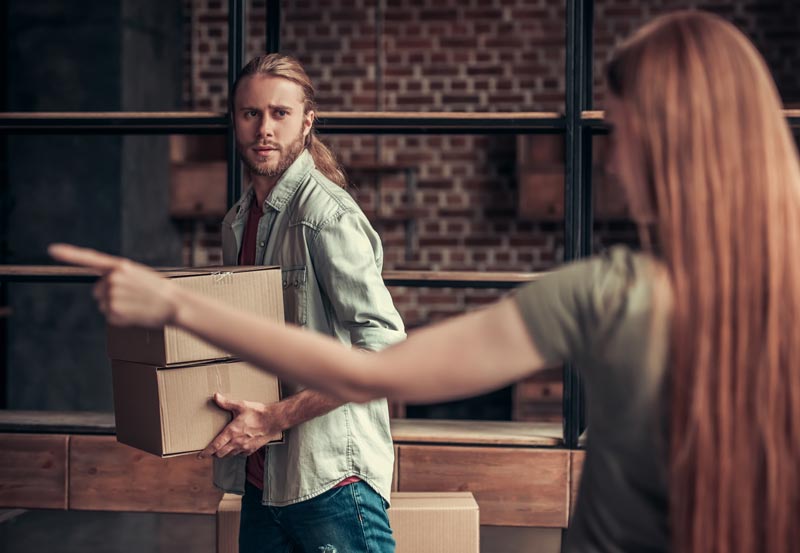 Can things feel worse? The person you thought was your best friend and life partner wants a divorce, and to make matters even worse, they demand your immediate departure. Your spouse now wants you to leave the house in which you and your family live!

Can your spouse just boot you out? Can someone get to occupy the home you both jointly own, the place which you paid for or at least contributed to financially? Do you need to fear the threat that your spouse will call the police if you won’t leave?

Let me help with these questions so that your spouse’s demands don’t unnecessarily turn you into an involuntary couch surfer. Obviously a judge can make an order that ejects a spouse but quite frankly, for the ordinary couple the ousting scenario will not likely happen. If you and your spouse cannot tolerate each other that alone is insufficient to justify an order that turfs you. Even those kinds of fights that occur between spouses from time to time -those typical arguments where things get heated- won’t likely result in ejection.

It actually takes reasonably substantial evidence before a judge will displace a person from their home and, accordingly, a spouse’s demand in and of itself should not be worrisome. If a spouse wants you out, they have the onus to prove that living together in the same home is a practical impossibility. It is not good enough to suggest that there is substantial incompatibility between yourself and the spouse. When should you worry about losing occupancy? Here is a list of some -but not all- of the reasons you might lose the right to live in your home:

If your spouse is telling you that they want you out, remember that very often if there is a portion of the home that can be divided off in some equitable manner, this can be a solution and is one that judges often make.

Don’t let the threats get to you. Speak to a lawyer. Don’t react, but simply treat your partner with respect even if they want you out, and it will be unlikely they can succeed when they try to give you the heave-ho from your home.